And for the last post in the series, here are some initial character explorations, based on a very early design of the game that we later changed. Initially we considered the thugs being more of a minor supervillain in the making, that you get to evolve in to something more significant as you play, but later that change in order to have better alignment with the core title and various other reasons. I still feel quite fond of those, a simple, but fun bunch of mobster ideas to play with. Make sure to check Mr Manuel Dischinger's gallery to see how the thug designs evolved and were brought to quite spectacular completion. 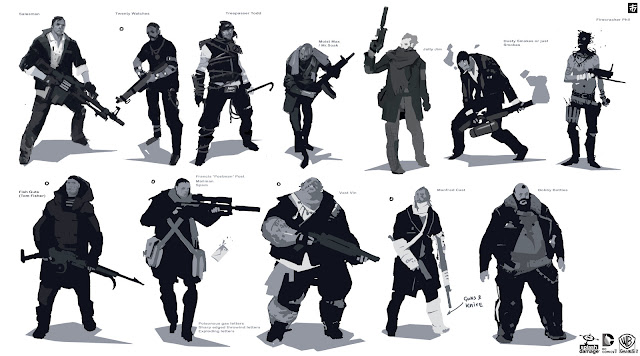 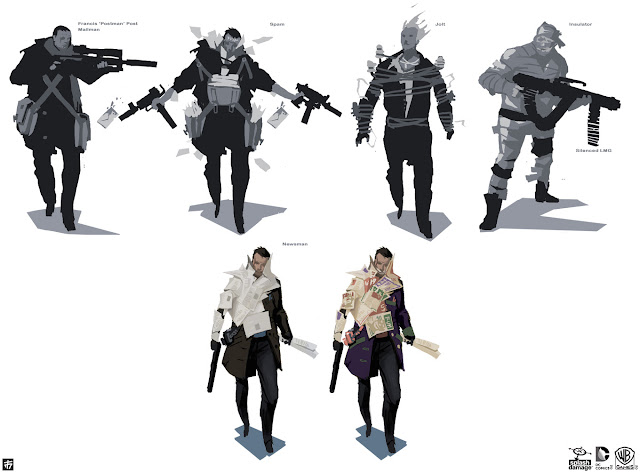 The various variants of Vast Vin. 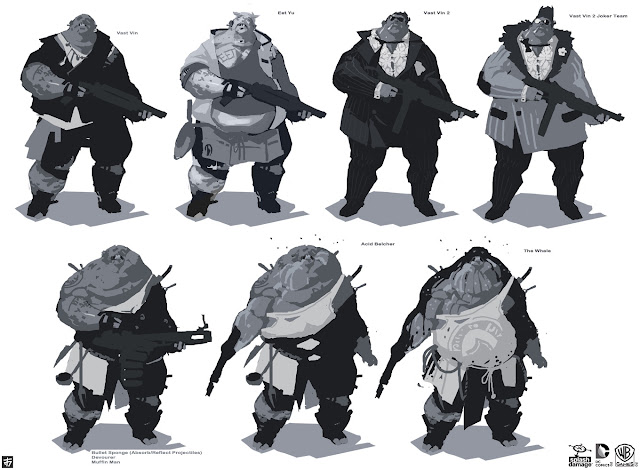 I love it Calader, a great bunch of explorations. It is great to see that artists are posting the early production stuff as well, not just the final polished pieces.
Thank you for sharing!